Cracked and split teeth: A diagnostic and restorative challenge

Dr Varun Garg is a specialist prosthodontist in full-time private practice. He completed his Bachelor of Dental Surgery in 2007. After working as a general dentist for few years in Perth, he started his postgraduate training at the University of Melbourne in 2015. During the postgraduate program he was awarded with the Dr Steele Award for outstanding clinical skills and received his Doctor in Clinical Dentistry (Prosthodontics) in 2017. He enjoys all aspects of prosthodontics but has special interest in aesthetic, reconstructive and implant dentistry. Dr Garg likes to stay updated with the latest techniques and development in the field of prosthodontics through continuous education. He continues to be involved in prosthodontic education as a clinical supervisor at the University of Melbourne. He is currently on the committee for the Australian Prosthodontic Society (Vic Branch), and is affiliated with the Australasian Osseointegration Society and the Australian Dental Association. 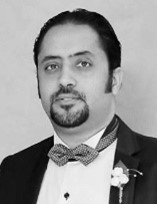 Dr Ahmad Mekkawy is a general dentist in Melbourne CBD private practice. He obtained his Bachelor’s Degree of Dental Surgery and Medicine in 2003. His work experience included private, public and military sectors in both Australia and overseas. He received his Masters in Clinical Dentistry in Prosthodontics (MClinDEnt) and was awarded an honorary associateship (AKC) from King’s College London. As well as being a dedicated clinician, Ahmad is also a passionate educator and mentor. He has been part of mentorship programs helping recent graduates develop their dental careers. He is currently a preclinical and clinical Fixed Prosthodontics demonstrator for the DDS program at Melbourne Dental School. He is also member of the British Society of Prosthodontics, the Australian Prosthodontic Society and the Australian Dental Association. 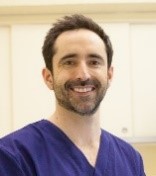 Dr Oliver Pope is a specialist endodontist in full-time private practice. He completed his BDSc at the University of Queensland in 2006 and was awarded first class honours. Following several years as a Dental Officer in the Royal Australian Navy, he completed his Doctorate of Clinical Dentistry in Endodontics at the University of Melbourne. Oliver was awarded the inaugural Ephraim Ehrmann Prize in Endodontics for best overall performance in the degree. Oliver’s research into the clinical applications of CBCT has been published in the Journal of Endodontics. Oliver is in full-time private practice, and maintains significant involvement in the provision of CPD both locally and internationally. He is the current President of the Australian Society of Endodontology, and a member of the Australian Dental Association and the Australian and New Zealand Academy of Endodontists.

Associate Professor John Boucher AM graduated from the University of Melbourne in 1978. He is an Associate Professor of the University of Melbourne, having taught and examined for the University of Melbourne in Clinical Dentistry for 39 consecutive years. John served on the ADAVB Defense and other Committees and is a former co-chair of eviDent Foundation, Australia’s first ever Dental Practice Based Research Network (UniMelb, ADAVB, CRC-OH). He has been a clinical examiner for the ADC since its inception, having previously examined for ADEC since 1993. He is a general practitioner dentist of more than 40 years, and has lectured to ADA State and National conferences on Dental Records, Restorative Dentistry and CAD CAM Dentistry. John has made four trips to Vietnam as a volunteer providing dental services in rural areas to school age children with the Rotary Australia Vietnam Dental Health Project. He is a past president of the Dental Practice Board of Victoria and past president of the Victorian Notifications and Registration Committee of the Dental Board of Australia. He is past President of the Australian Dental Council, a Fellow of the Royal Australian College of Dental Surgeons, a Fellow of the International College of Dentists, a Fellow of the Pierre Fauchard Academy and a Graduate of the Australian Institute of Company Directors. 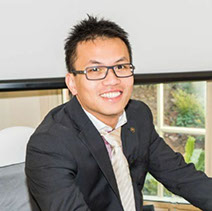 Dr Kenny Chong is a specialist prosthodontist in both the private, tertiary and public sectors. He graduated from The University of Otago (NZ) with a Bachelor of Dental Surgery in 2001. He began his career at the Maxillofacial Department of Waikato Hospital in New Zealand as the Dental Registrar in 2002. While there, he treated medically compromised and trauma patients. Kenny furthered his studies at the University of Melbourne where he gained a Graduate Diploma in Clinical Dentistry in 2005. He finished his specialist prosthodontic training with the degree of Doctorate in Clinical Dentistry in 2012. Kenny is the convener of the DDS Fixed Prosthodontics program at Melbourne Dental School where he is involved in the lead role of educating and training the next generation of dental graduates. He is also involved in the management and delivery of the graduate dental continuing professional development program with the Melbourne dental school. Amongst his other commitments he maintains his role as a consultant prosthodontist at the Royal Dental Hospital. He is an active member of the Academy of Australian and New Zealand Prosthodontists (AANZP) and the Australia Dental Association (ADA).